The new impact of UX metrics on SEO

In Q2 of this year Google announced that new metrics called “Core Web Vitals,” or automated sets of signals related to user experience, will soon impact your site’s SEO ranking (Source: Google Blog). These will be combined with existing user experience criteria, such as page load time and mobile-friendliness, to better measure and reward sites with higher quality user experiences through higher SEO rankings. In recognising that many businesses are preoccupied with responding to the effects of Covid-19, this update will not roll out until 2021 and Google will provide a 6 month notice before their algorithm is updated.

We believe user engagement will improve as experiences on the web get better, and that by incorporating these new signals into Search, we'll help make the web better for everyone. 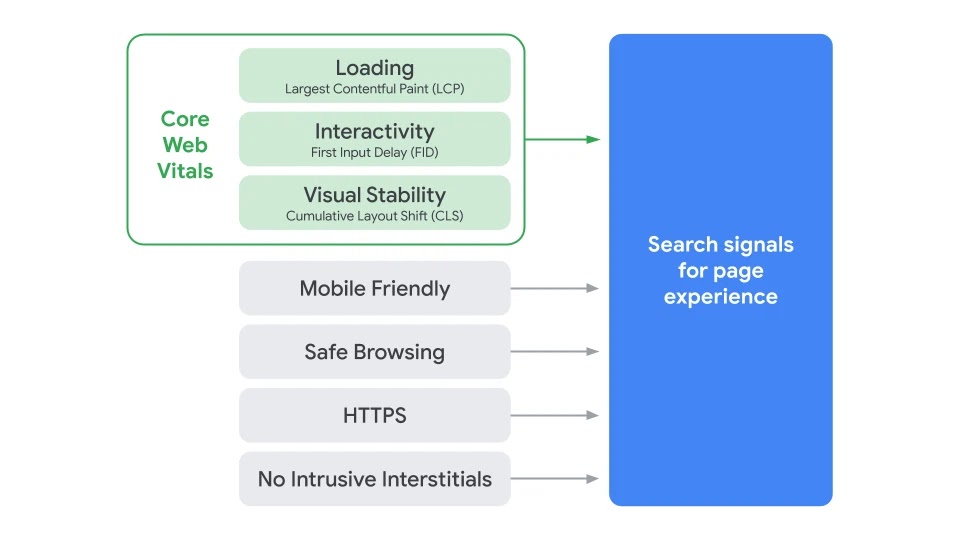 Now UX not only impacts a user once on your site, but whether or not they’re likely to get there in the first place.

Google clarified that while promoting a best in class user experiences is important, this should be coupled with high quality and relevant content. Both of these factors will be considered when calculating a site’s SEO ranking. Companies need to be confident that their SEO Strategy, such as meta-data tagging and keywords included in copy, is up to date.

While these metrics provide great starting points for considering your site’s user experience, there are many other quantitative and qualitative measures you should adopt as well. This includes activities such as running site surveys, creating a heuristic evaluation, and conducting usability tests and user interviews. It’s great to improve your site’s search rankings, but if you don’t deliver a good experience once a user lands on your site, what’s the benefit of ranking higher? This is particularly important as we know 88% of online consumers are less likely to return to a site after a bad experience (Source: SWEOR).

Google’s announcement is a great way to spark a larger conversation about the importance of user experience and an up to date SEO Strategy among your team, department, or broader company. If you need help starting these conversations, or are ready to get to work, get in touch.

We all know audience research is a key component of any UX analysis and wider digital strategy, but often outputs fall down because of unconscious bias

Now is the best time to start preparing for Drupal 9 whether you are on Drupal 7 or 8 - or even on another platform entirely.

Are you thinking TLDR? OK, the summary is;

As this article explains: Previously, Drupal 7's end-of-life was scheduled for November 2021. Given the impact of COVID-19 on budgets and businesses, the Drupal community are extending the end of life until November 28, 2022. The Drupal Security Team will continue to follow the Security Team processes for Drupal 7 core and contributed projects.

Drupal 8 will still be end-of-life on November 2, 2021, due to Symfony 3's end of life. However, since the upgrade path from Drupal 8 to Drupal 9 is much easier, the Drupal community doesn't anticipate the same impact on end-users.

Drupal 9 was officially be released on the 3rd of June 2020, giving Drupal 7 and Drupal 8 users little over two years to upgrade to Drupal 9 when they reach end-of-life in November 2022.

As you can imagine, we’re really excited about Drupal 9 here at Catch, so we’ve had a think and put together our recommendations on what you should be thinking about how to prepare your websites for Drupal 9, (and, spoiler alert, why you should make the move to Drupal 8 now).

Essentially it’s intended to be the same as Drupal 8.9, but with deprecated code removed, so if your website has been maintained correctly upgrading will be super straightforward.

This means that Drupal 9 ships with all of the awesome new functionality that was added in Drupal 8, such as Media, Configuration Management, Migration, Multilingual, Workflows and an API-first architecture.

It also means that, unlike previous upgrades, you won’t have to wait long for the community modules to be updated - early adoption won’t be punished. As far back as April 2019, 44% of the 7,000 modules available for Drupal 8 have been confirmed as ready for Drupal 9.

But what does all this mean?

You may have kept Drupal 7 as your trusted CMS for many years - possibly even since it was initially released back in 2011. Migrating websites is a large task so we totally understand why you have held onto it for so long.

With Drupal 7 reaching end-of-life November 2022 (and yes, two years counts as soon!) now is the best time to migrate to a new version of Drupal. You’ll have lots of things to consider, one of the biggest being should you move to Drupal 8 now, or wait until Drupal 9 is released?

We strongly recommend starting the migration process sooner rather than later with a move to Drupal 8, the main reason being that migrating to a new platform takes a lot of planning, and if you’re also looking for a new digital partner the procurement process can be a long and gruelling one.

Our Immersion process is designed to help you discover just what it is you - and more importantly, your users - need from your digital platform. We work collaboratively with you to establish both business and user goals, requirements and content needs, creating prototypes to help solve tricky user experience conundrums and build-out and complex technical integrations you may need. With the hard work out of the way, migrating to Drupal 9 will be a breeze!

Get in touch to chat to us about migrating to Drupal 8 - we’d love to be a part of your journey.

We’ve been using Drupal 8 at Catch since before its full release in December 2015 so our clients have been feeling the benefits of Drupal 8 for almost five years already.

As well as some amazing performance improvements to serve your website to your users quicker, new functionality was added to Drupal 8 which you and your users have been getting the most of, we’ve put together some of our favourites.

As Drupal 8 will also become end-of-life in November 2021, there is over a year to get ready but we are starting the process of making sure our clients websites will be ready for Drupal 9 now by auditing the code to make sure the code we have used hasn’t been deprecated since we implemented it. We recommend you do the same.

Already on Drupal 8 but not sure if you’re ready for Drupal 9? We can help! Get in touch to talk to us about auditing your current site to make sure you’re Drupal 9 ready!

Congrats to our Drupal Grandmaster

Congratulations to Liam, one of our Senior Developers, for attaining the Drupal Grandmaster certification