Can you use Drupal 8 yet?

Hi, I’m Robyn and I’ve been a Drupal Developer Apprentice at Catch for three months.

As developers, modules are crucial to everything we do. They help manage media and content across complex sites, they simplify back-end processes and PHP development, and they help implement complex components and features across sites in a matter of minutes where they’d normally take hours. They are the bread-and-butter of Drupal development, and without stable modules available our job would be very, very difficult.

As such, when Drupal 8 was released we took a special interest in the state of module development. Because Drupal 7 has benefitted from more than 5 years of contribution and development from the Drupal community, Drupal 7 is an incredibly stable and powerful platform.

We’ve been a bit spoiled, and despite the really amazing changes and improvements that we’ve been promised with Drupal 8, we were hesitant to jump on the bandwagon until we’d done a bit more research on what modules were really available for use.

So, back in early December (shortly after Drupal 8 was released) I started to track the development status of modules in Drupal 8. I put together a list of the most-used Drupal modules and examined each module’s development status.

Here's what I found:

If I’m 100% honest, I was pretty stunned at these numbers. With only 48% of Drupal’s most-used modules available at the time, it seemed that developing a complex site in Drupal 8 would have been a worrying prospect, given the inherent stability of Drupal 7.

This was a disappointing outcome - we really wanted to start building in Drupal 8 but it just wasn’t ready for us!

Given the dedicated and active Drupal community, I was curious to see how quickly things would improve. I figured it was just a matter of time before more people started getting involved.

And so, three months have passed since that initial review and now, with Drupal Camp London just around the corner (Mar 4th - 6th), I thought it would be a good time to take another look.

These results represent a 20% increase in the availability of Drupal’s top-modules within just a three month time frame.

While that number may not sound terribly impressive at first glance, it represents a significant effort on behalf of the Drupal community to get Drupal 8 up-and-running.

As Drupal is completely open-source and dependent on the unpaid contributions of its members, that 20% improvement is 100% fueled by the voluntary efforts and pure dedication of people throughout the community. And that’s just downright impressive. Plus, pathauto and admin toolbar work now!

But, don't just take my word for it. Feel free to take a look at my research!

We’re delighted to announce that we’ve retained our award for Best Mobile Experience in this years 2014 Blue Drop Awards.

Did you unwrap a brand new Apple TV this holiday season? Need a superb app to install? Good news - it’s with great pleasure we announce the arrival of our first app for the new 4th Gen Apple TV + tvOS: ZSL TV! It’s a brilliant way to get all of the best new video content direct from Zoological Society London, direct from inside the fantastic London Zoo and Whipsnade Zoo, as well as their global conservation projects. 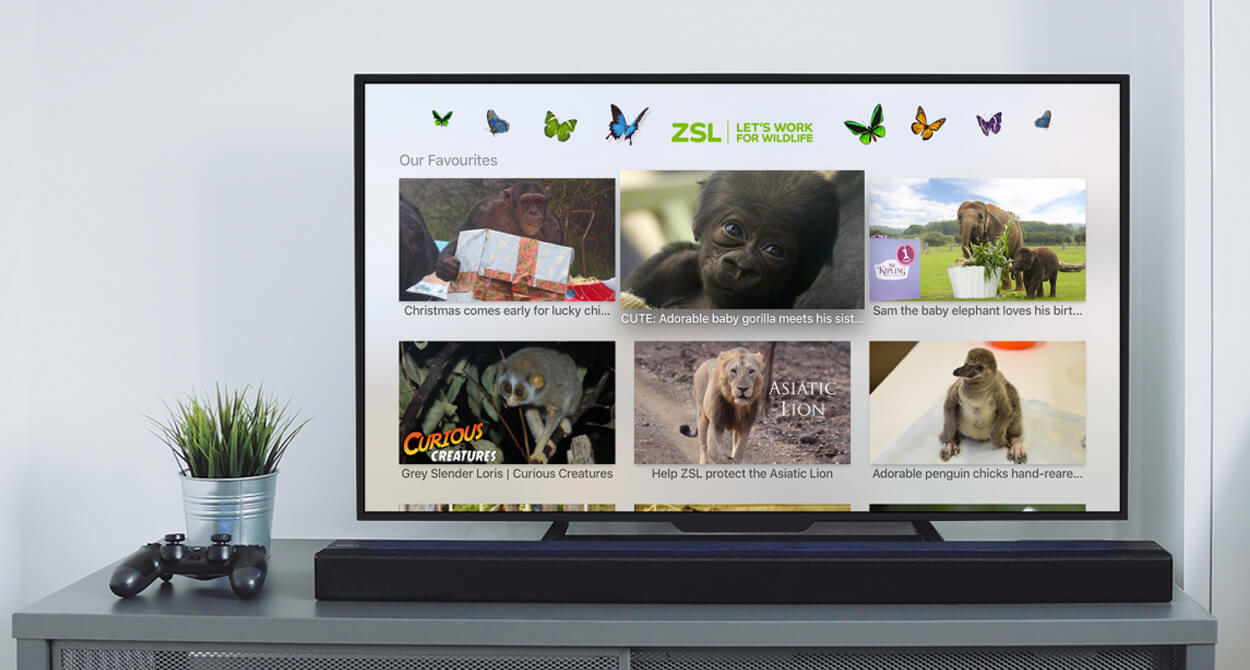 ZSL TV is available now on the Apple TV app store, just head to there on your shiny new Apple TV and search for ZSL and you’ll find it ready to download and bring great animal based videos direct to your living room.

ZSL TV was designed and developed by the team at Catch, with great content provided by the super talented videographers at ZSL. Founded in 1826, the Zoological Society of London is an international scientific, conservation and educational charity whose mission is to promote and achieve the worldwide conservation of animals and their habitats.

You can read more about our work with ZSL here, and visit zsl.org for more info about the amazing work done by ZSL in over 50 countries as well as at London Zoo and Whipsnade Zoo.

We’re proud to unveil "Get the Look", our first mobile app for Rimmel on iOS and Android.

We’ve been working with our client Zoological Society London to help launch a brand new walk-through exhibit at ZSL London Zoo, where visitors can get closer than ever before to 15 ring-tail lemurs and one black and white ruffed lemur.

We've designed and built ZSL London Zoo’s official iPhone and Android app, featuring everything you need for an amazing visit.