Big things are happening in the Drupal world this year! Drupal 9 will officially be released on the 3rd of June 2020, giving Drupal 7 and Drupal 8 users little over a year to upgrade to Drupal 9 when they reach end-of-life in November 2021.

Now is the best time to start preparing for Drupal 9 whether you are on Drupal 7 or 8 - or even on another platform entirely.

As you can imagine, we’re really excited about Drupal 9 here at Catch, so we’ve had a think and put together our recommendations on what you should be thinking about how to prepare your websites for Drupal 9, (and, spoiler alert, why you should make the move to Drupal 8 now).

Essentially when it launches, it’s intended to be the same as Drupal 8.9, but with deprecated code removed, so if your website has been maintained correctly upgrading will be super straightforward.

This means that Drupal 9 will ship with all of the awesome new functionality that was added in Drupal 8, such as Media, Configuration Management, Migration, Multilingual, Workflows and an API-first architecture.

It also means that, unlike previous upgrades, you won’t have to wait long for the community modules to be updated - early adoption won’t be punished. As far back as April 2019, 44% of the 7,000 modules available for Drupal 8 have been confirmed as ready for Drupal 9.

But what does all this mean?

You may have kept Drupal 7 as your trusted CMS for many years - possibly even since it was initially released back in 2011. Migrating websites is a large task so we totally understand why you have held onto it for so long.

With Drupal 7 reaching end-of-life soon (and yes, two years counts as soon!) now is the best time to migrate to a new version of Drupal. You’ll have lots of things to consider, one of the biggest being should you move to Drupal 8 now, or wait until Drupal 9 is released?

We strongly recommend starting the migration process sooner rather than later with a move to Drupal 8, the main reason being that migrating to a new platform takes a lot of planning, and if you’re also looking for a new digital partner the procurement process can be a long and gruelling one.

Our Immersion process is designed to help you discover just what it is you - and more importantly, your users - need from your digital platform. We work collaboratively with you to establish both business and user goals, requirements and content needs, creating prototypes to help solve tricky user experience conundrums and build-out and complex technical integrations you may need. With the hard work out of the way, migrating to Drupal 9 will be a breeze!

Get in touch to chat to us about migrating to Drupal 8 - we’d love to be a part of your journey.

We’ve been using Drupal 8 at Catch since before its full release in December 2015 so our clients have been feeling the benefits of Drupal 8 for almost five years already.

As well as some amazing performance improvements to serve your website to your users quicker, new functionality was added to Drupal 8 which you and your users have been getting the most of, we’ve put together some of our favourites.

As Drupal 8 will also become end-of-life in November 2021, there is over a year to get ready but we are starting the process of making sure our clients websites will be ready for Drupal 9 now by auditing the code to make sure the code we have used hasn’t been deprecated since we implemented it. We recommend you do the same.

Already on Drupal 8 but not sure if you’re ready for Drupal 9? We can help! Get in touch to talk to us about auditing your current site to make sure you’re Drupal 9 ready!

Congrats to our Drupal Grandmaster

Congratulations to Liam, one of our Senior Developers, for attaining the Drupal Grandmaster certification

Hi, I’m Michael Reiss, one of the UX Designers in the strategy team here at Catch. I'm hugely passionate about research and the value it brings to UX and digital strategy work, and I particularly champion the customer through my work. In the below I talk about the very real possibility for bias to interfere with research and share my tips for remaining objective. 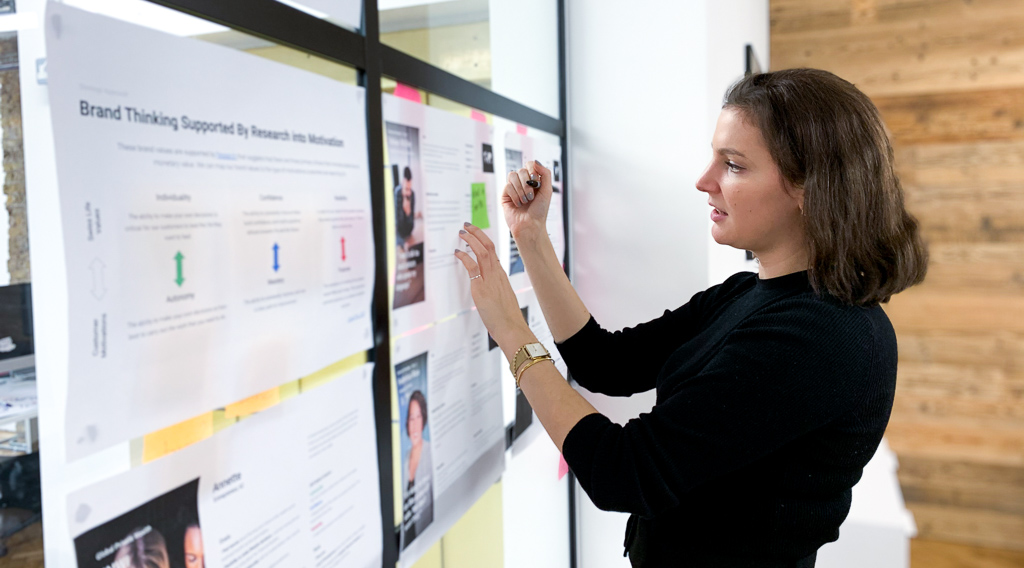 If you've opened this post you may already be familiar with audience research. And not only are you familiar, but you're convinced of its benefits. The likes of Amazon’s Jeff Bezos, Glossier’s Emily Weiss, and AirBnb’s Brian Chesky and Joe Bebbia have attributed their success to having an understanding of their users. Instead of continuing its praises, I think it’s more interesting to consider how even those of us who conduct audience research for a living are not as objective as we think.

According to the below study, we're actually pretty terrible at being objective, despite thinking we’re better at it than those around us.

Out of a sample of 600+ people, 85% believed they were less biased than the average person. This study led to social psychologist Emily Pronin coining the term "bias blind spot," which explains how not only does everyone have cognitive bias, but everyone also believes they are less biased than others.

Out of a sample of 600+ people, 85% believed they were less biased than the average person.

And while it’s great that just reminding ourselves of this bias is a huge step in avoiding it’s potential influence, there are a few measures we can take to prevent falling into the bias trap.

When we begin the research process, it's common to begin by deciding who to interview and what to ask them. For example, we've decided to collect user input for a sports drink company. Great, right? While perhaps a bit exaggerated, the below may sound familiar, especially when time and budget is tight.

We know the product so well, we have lots of site data and market research, so we know what our audience thinks of us. Not only are we the users (because we happen to also drink sports drinks), but we can imagine what our different audiences think of us and our competition.

Unfortunately, we're likely too engulfed in the day to day, to get accurate data from speaking just within our immediate teams. And if we do decide to conduct user interviews, bias can influence who we choose to interview (eg failing to consider all relevant groups of people) and the types of questions asked (eg leading questions).

While we've all heard that "the numbers don't lie," suggesting quantitative data is always objective, what about the steps we take to find this data, or how it is collected? That initial email request for specific datasets, or the Google search and selection of the study that most affirmed your hypothesis? That darn bias sneaks in yet again! 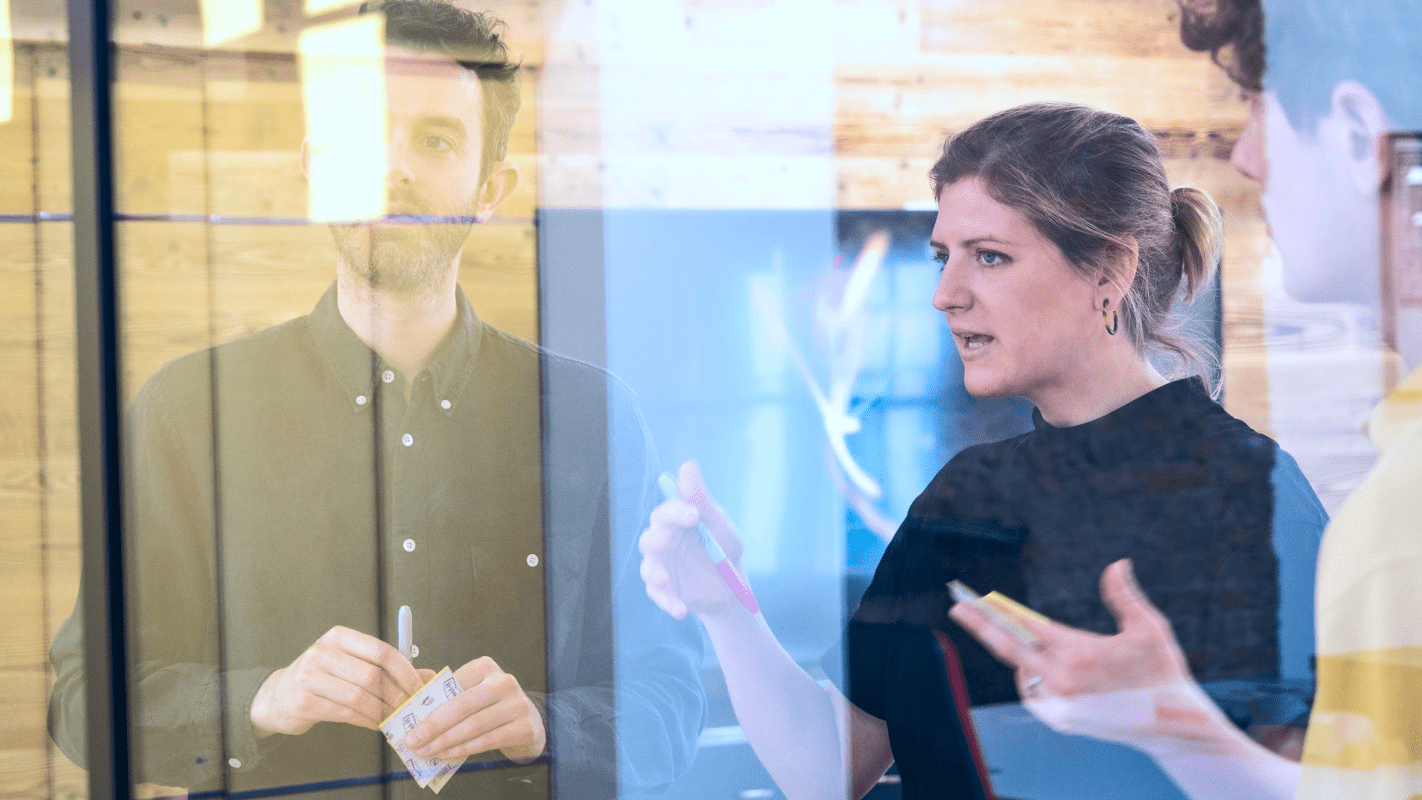 So how do we avoid UX bias?

Bias can be hard to shake, but we're adept at avoiding it’s traps and giving accurate insight: if you’re thinking about audience research or wider UX strategy, we're here to help.

A new platform for a new generation of students

Unlocking opportunity for The University of Salford